Posted on August 12, 2012 by james in Uncategorized | Leave a comment

There are numerous blogs on making AirTunes/AirPlay speakers using an old AirPort Express (AE) or the Linux port, Shairtunes, so here’s my spin on it. I’ve been pondering on this for a few years, and finally had the time to do something with it – this is hardly a vintage computing project, but who’s checking?

iPod accessories tend have at best 4″ speakers, and while they look smart, just aren’t going to sound good outside. What I wanted was a PA style, battery-powered AirTunes party speaker… and here it is! 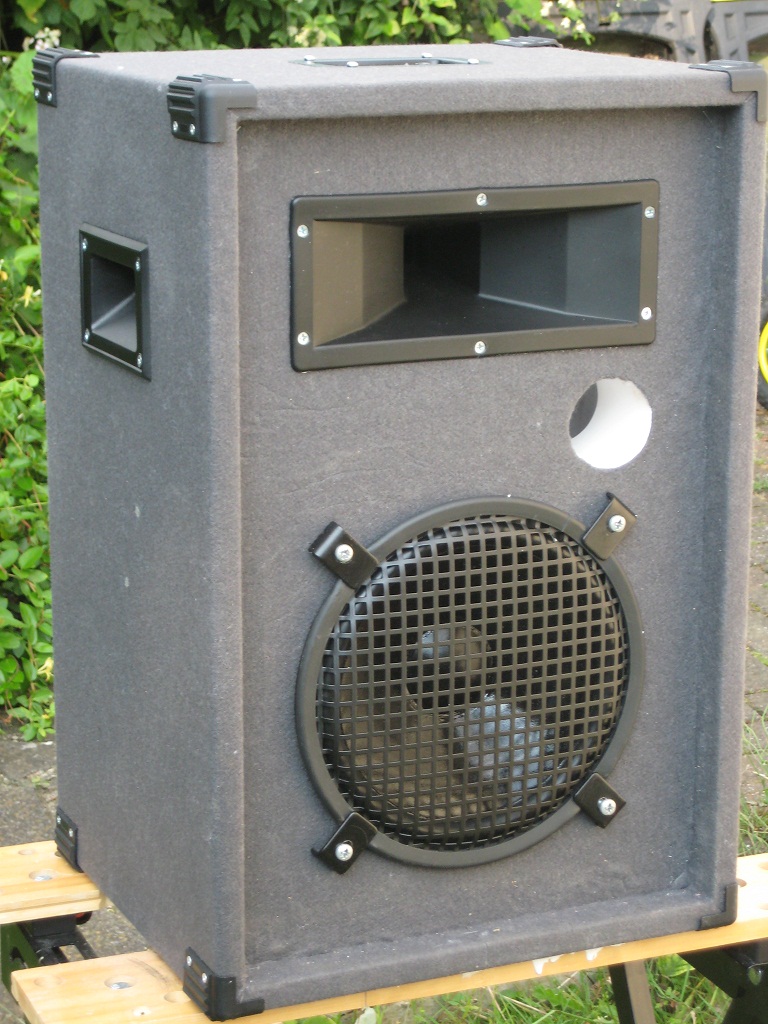 As with most my projects, the first requirement is always cheap. Unfortunately the power supply weakness in the AE is well-known, so totally non-functional units go for silly money on eBay. But after a year of waiting, a saved-search finally produced one Buy-It-Now for £10 🙂 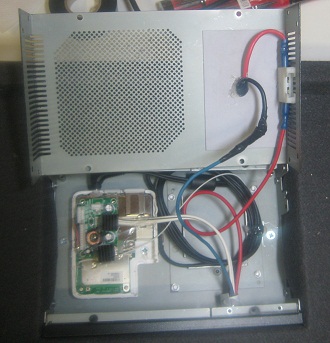 Making the dead AE sing is pretty easy, just solder on a new PSU board delivering 1A at 5V and 2A at 3.3V. The super-cheap board I used isn’t too effecient (switcher only on the 5V rail) so gets a bit warm, but some heatsinks recovered from an old GbE switch keep that under control.

Unfortunately opening an AE destroys the case, but a quick search in the workshop soon produced an old network appliance case that could be sunk into the speaker box and used to house the guts of the AE, master fuse and some other bits.

Next for the speaker box itself: a standard bass-reflex design with a 250mm bass driver and a compression driver handling mid and top. Originally I’d planned to use an Emminence PA driver, but a hifi driver is considerably cheaper and has a smoother response (at the expense of efficiency).

Some serious power comes from a Rockford Fosgate car amp mounted on the back. Probably 15 years old, I picked it up for £15. It literally produces NO noise, and 100W RMS at 0.2% THD. Smashing 🙂

Because I wanted it portable, it needs battery power and that is delivered by a 12V Tamiya type 4.8Ah NiMH battery. Lead-acid might seem a more obvious choice, but the NiMH type will take continual deep cycles much more readily and can be charged with a modified DeWalt drill battery fast-charger I use for all my other rechargables.

So here’s the back: 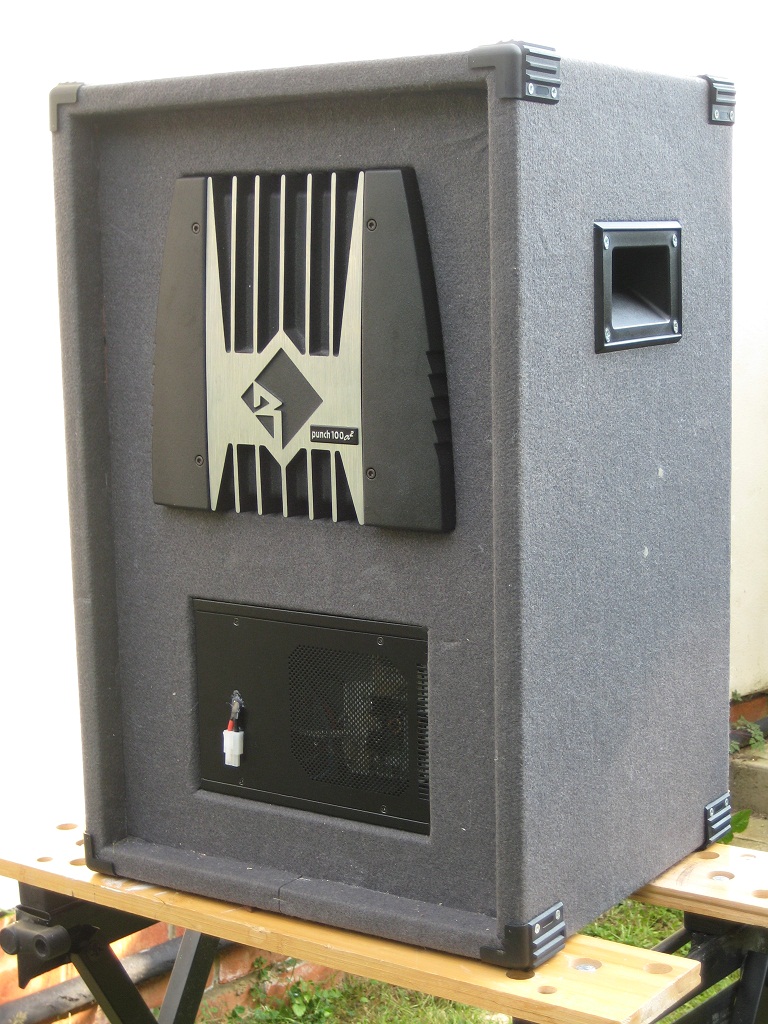 With the big metal amp, the speaker magnets and of course the AE completely encased in a metal box, the AE’s on-board WiFi just wasn’t going to work. As the AE’s antenna socket (for test in production) is non-standard, I settled for soldering on a laptop antenna directly and mounting the antenna behind one of the plastic handles: 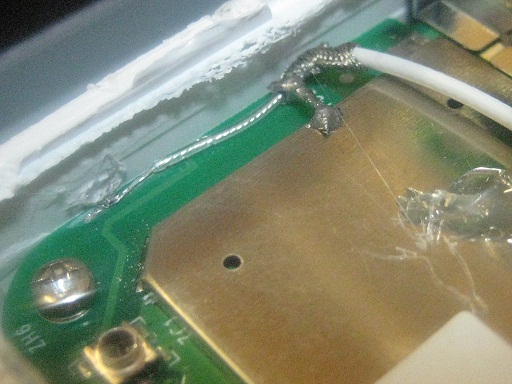 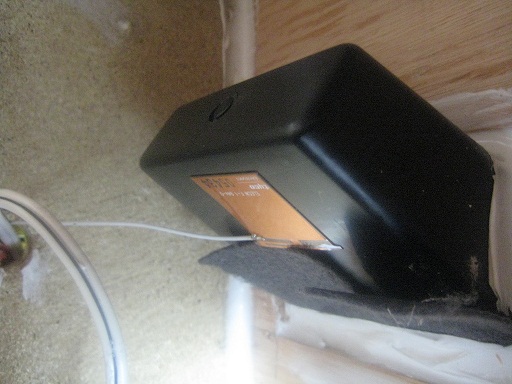 Add a recessed top-plate for the master switch, power LED and another fuse, and finally the whole thing is wrapped in some speaker cloth from Maplins. Job done!

The Good & The Bad

Battery life depends heavily on how loud it’s played, but it seems to do a couple of hours at a comfortable level. A better PSU for the AE would extend battery life when used at low volume, and a bigger battery would obviously make it run longer anyway.

The amplifier is literally perfect and the bass driver has plenty of guts, but the cheap compression driver and crossover let it down sonically. They could though easily be improved with some money.

One surprise is that the AE won’t rome between APs; it will happily register with whichever is the closest when powered on, but it never moves until power-cycled. I guess Apple never tested that, since it’s supposed to be plugged in to a fixed mains socket.

In summary, in my (biased!) opinion, the ultimate AirPlay party speaker 🙂